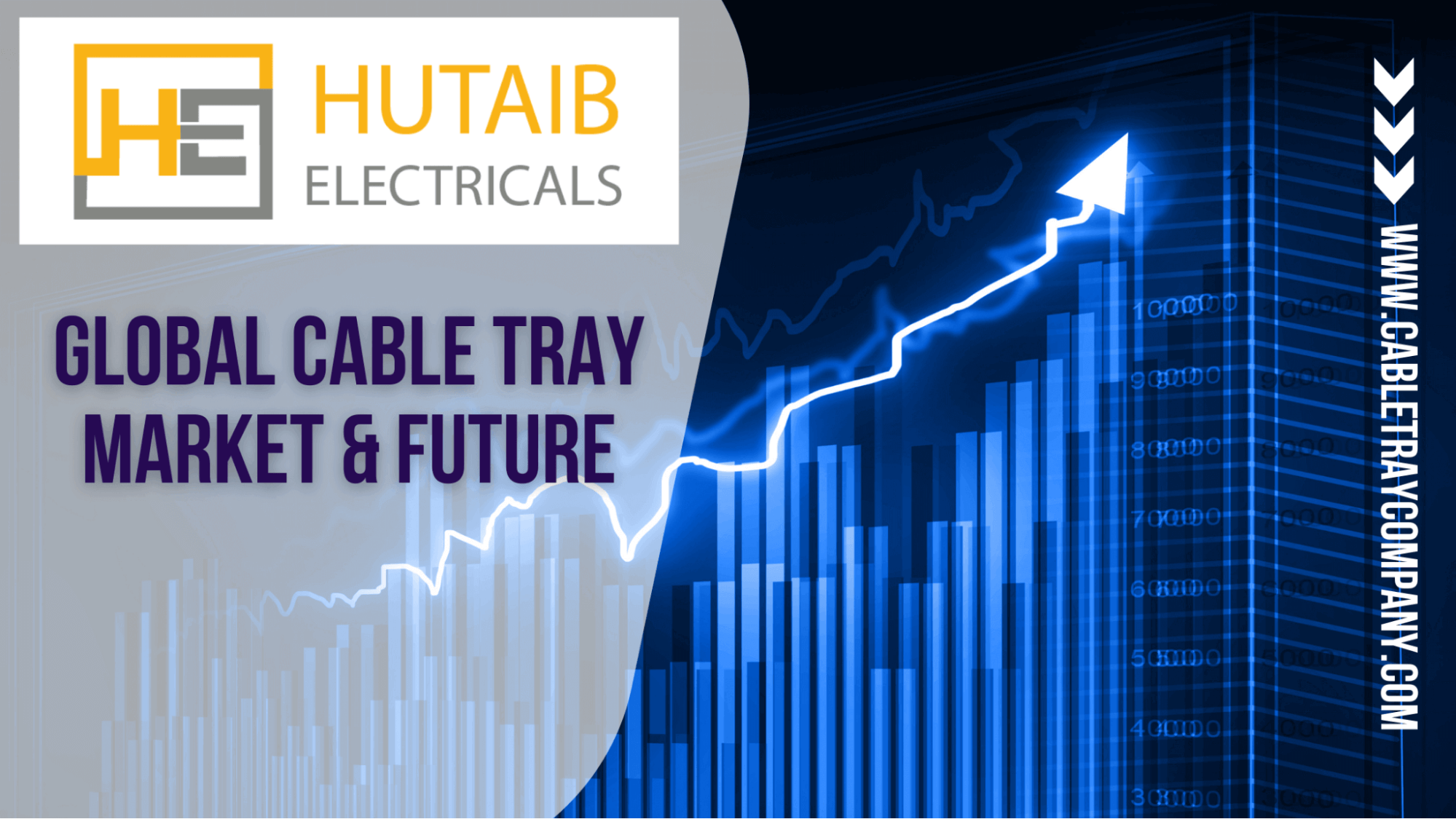 
The global cable trays market is expected to accelerate due to its numerous advantages over traditional electrical conduit systems. Cable trays are a viable solution for addressing electric signal, power, instrumentation, control, and communication cable requirements. They provide dependability, increased safety, improved space usage, and lower costs. Cable trays come in a variety of sizes and shapes, making them adaptable and handy during wiring system upgrades.


The global cable trays market is expected to be driven by rising demand in the construction industry, growing urbanization, and increased investment in industrial infrastructure. Cable trays can be manufactured of a variety of materials, including steel, aluminum, and stainless steel. They come in ladder type cable trays, tough cable trays, solid bottom cable trays, channel cable trays, and wire mesh cable trays. Cable trays are frequently used when installing new cables. They are extremely useful as a cable management tool for wiring systems in a variety of sectors.

A trend of using higher flexible and easy installation wiring systems are expected to be fueling the global cable trays market. Cable trays are effective power distribution cable management solutions . They are often used in industries and commercial settings where power cables are frequently used to distribute significant amounts of electricity to equipment. Cable trays aid in fire resistance and can support big loads. The burgeoning telecommunications industry, rising energy demand, and fast upgrading of airports and commercial buildings are expected to drive the global cable trays market.


Strengthening existing power infrastructure, expanding power transmission and distribution networks, and overall infrastructural development would be important drivers for the growth of the cable tray market in India during 2018-24. Furthermore, efforts such as the Smart Cities Mission and the Make in India campaign would continue to promote the country's commercial and industrial sectors, resulting in increased need for cable trays in these fields in the coming years.

Revenues in the Indian Cable Tray Market are expected to expand at a 7.8 percent CAGR between 2018 and 24. The construction of new office buildings, hotels, healthcare facilities, refineries, and power plants will benefit the future growth of cable trays. Furthermore, with substantial allocations for transportation infrastructure in the Union Budget for 2021-2022, the construction and power utilities sectors are expected to be the primary drivers of growth in the Indian cable tray market during the next six years.


According to the report, the India cable tray market has a lot of potential in the next few years. The country has placed a special emphasis on infrastructure development, with significant budget allocations going to the railway and road transportation sectors. The India cables tray market is dominated by various wires such as metal-based cable, which will produce revenue during the forecast period. There is a big collective income of the cable tray market in India, and the construction is expected to rise further for the country's development. A great number of infrastructure projects are being planned for the country's development.


Cable trays are widely used in commercial and non-commercial sectors around the world for routing and arranging electrical connections. Power cables are used in industrial and commercial buildings to distribute enormous amounts of electricity to machinery, equipment, and other devices. Cable trays are effective cable management solutions , particularly for power distribution.

One more trend has boosted the demand for cable trays.Concrete buildings were once the norm for industrial constructions, but now they are pre-engineered buildings.Similarly, the old wire conduit system is being replaced by cable trays. In terms of calculations and measurements, this wiring system is quite precise. As a result, the expenses and projections are precise. If we look at the worldwide cable trays market by region, Europe and Asia Pacific will be the most prominent.Rapid infrastructure expansion in the commercial and governmental sectors, as well as increased building activity in developing countries, are creating new markets. The epidemic has resulted in an increase in demand for cable trays on the Indian subcontinent.


The commercial segment, which dominated the cable tray market share until 2020, is expected to continue through 2023. Today's primary drivers are the increased usage of automation and communication technology, as well as expenditures in data centers. However, the industry's future growth may be hampered by the focus on wireless communications and fluctuating raw material prices. There are currently very few wireless industrial machines, and the majority of them necessitate complex connection configurations (including automated robots). Station systems will rely largely on cable tray systems in the rapidly expanding telecom sector, which is now transitioning to 5G.These factors will have an impact on the growth of the cable tray industry, which is currently rising at a CAGR of 9%. The future of cable trays appears to be brighter.

Hutaib Electricals is a manufacturer, supplier and exporters of various

Overview Cable Tray Support Strut Channels and Its Applications |  Best Practices For Rooftop Cable Trays In India |  Why Overloading of Cables should be Avoided at Every Cost | Cable Tray Field Modification And Code Compliance Trays! |