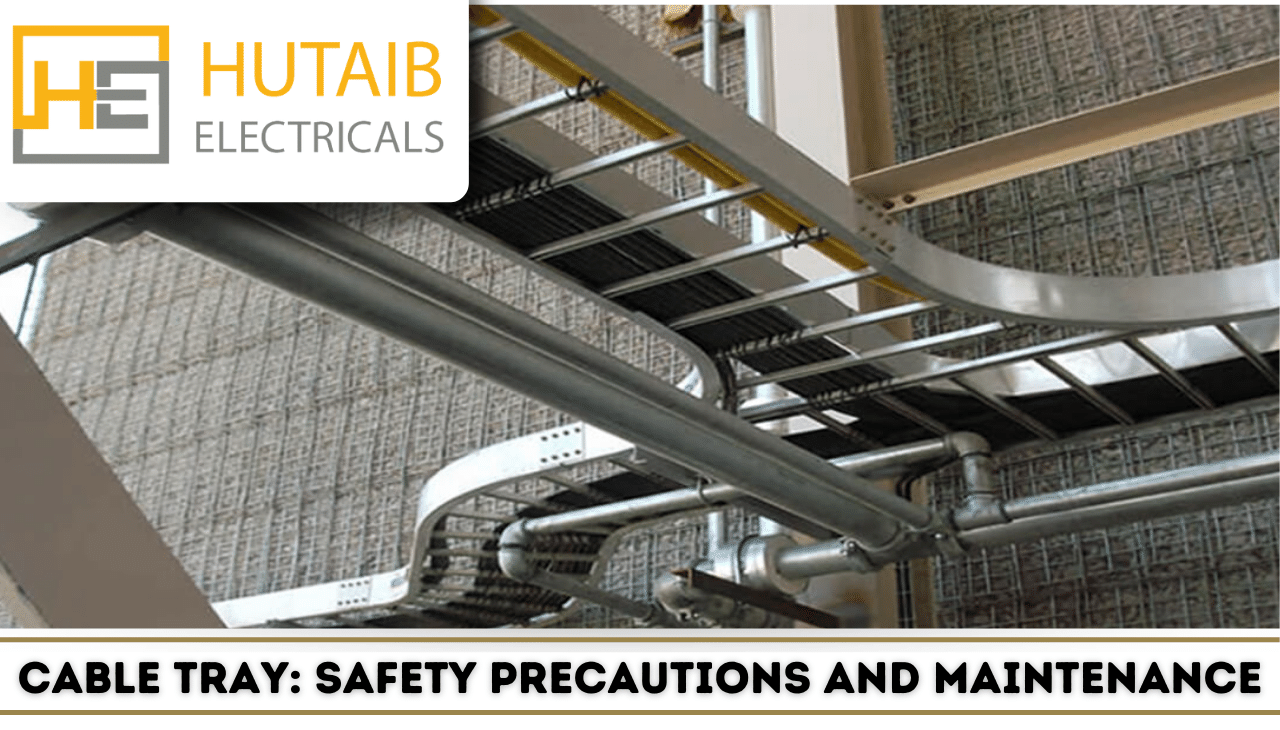 If not correctly planned and installed, wiring inside cable trays can cause fires, electric shock, and arc-flash blast events. Cable trays can be used to support, route, protect, and provide a passage for cable systems as part of a planned cable management system. Cable trays can be utilized with power, low voltage control, data, or telecommunications wiring distribution systems.

Hutaib Electricals is the leading

manufacturer of Cable trays in India

Cable trays, when used correctly, can make it easier to mark, remove, and locate cables. Cable trays are a fantastic alternative for installations that may need to be upgraded, reconfigured, or relocated in the future.

Adequate safety precautions must be implemented throughout the maintenance, installation, and inspection of cable trays. Cable trays, the conductors and cables they contain, and the wiring procedures employed must be listed or labeled as acceptable for the environment in which they are installed by a Nationally Recognized Testing Laboratory (NRTL).

come in a number of layouts and must be adequately supported per the installation instructions. Cable trays should be designed and fitted to satisfy current and future requirements. Several aspects, including but not limited to: the type and quantity of cable trays, as well as the support required to manage loads, must be considered.
- Environmental or meteorological factors
- The cable tray's weight
- Current and future cable requirements
- Electric and magnetic forces
- Any additional equipment placed


Securing cables within cable trays is critical for maintaining proper cable spacing, keeping cables inside the trays, and confining cables to specified spots within the trays. Cable ties should be suitable for the environment in which they are utilized. Consider the length, temperature, moisture resistance, ultraviolet resistance, chemical resistance, flammability, low smoke qualities, and strength when choosing cable ties.

Due to cable trays that exist in a number of sizes, they can be built to support a variety of loading combinations; nevertheless, because of their versatility, cable trays are particularly prone to overloading.

Overloading cable trays can cause the tray, its connecting points, or supports to fail, posing a hazard to those beneath the tray and even resulting in electric shock and arc-flash/blast events from component failure when the cables are suddenly no longer supported. When cable trays are overloaded, significant heat buildup in and around live conductors can cause the insulation to fail, posing a risk of shock or fire. When a cable tray becomes overcrowded, put another cable tray system above, below, or next to it. Allow for adequate working space around the new cable tray. Cables left in cable trays should be removed. When projects are completed, temporary wiring inserted within cable trays should be removed.

Cable trays are common in hazardous situations where there are high concentrations of flammable or combustible gases, fumes, and dust, but care must be given during installation to avoid creating an explosion hazard. Cable trays in hazardous areas must only include the wiring that is permissible in such areas.

Cable trays can be rated for the following:
- Corrosive and Classified Hazardous Locations
- Indoors or outdoors
- Electrical noise and vibration-prone areas

Cable trays can be constructed to run vertically through floors or platforms as well as horizontally through walls and barriers. Where cable trays travel through fire-rated partitions, walls, and floors, adequate fire stops should be installed to prevent the spread of a fire or combustion byproducts. Cable trays should not be installed in areas where they may be damaged.

Cables and conductors allowed for use in cable trays must be insulated, however further safety measures may be required. If work on cable tray installations potentially exposes employees to live parts or harms the insulation, the wiring must be de-energized. Grounding

is critical for personal safety and preventing arcing, which can occur anyplace in the wiring system.