Hutaib Electricals is the “Best Manufacturers of Cable Trays in India.”
- Trade India 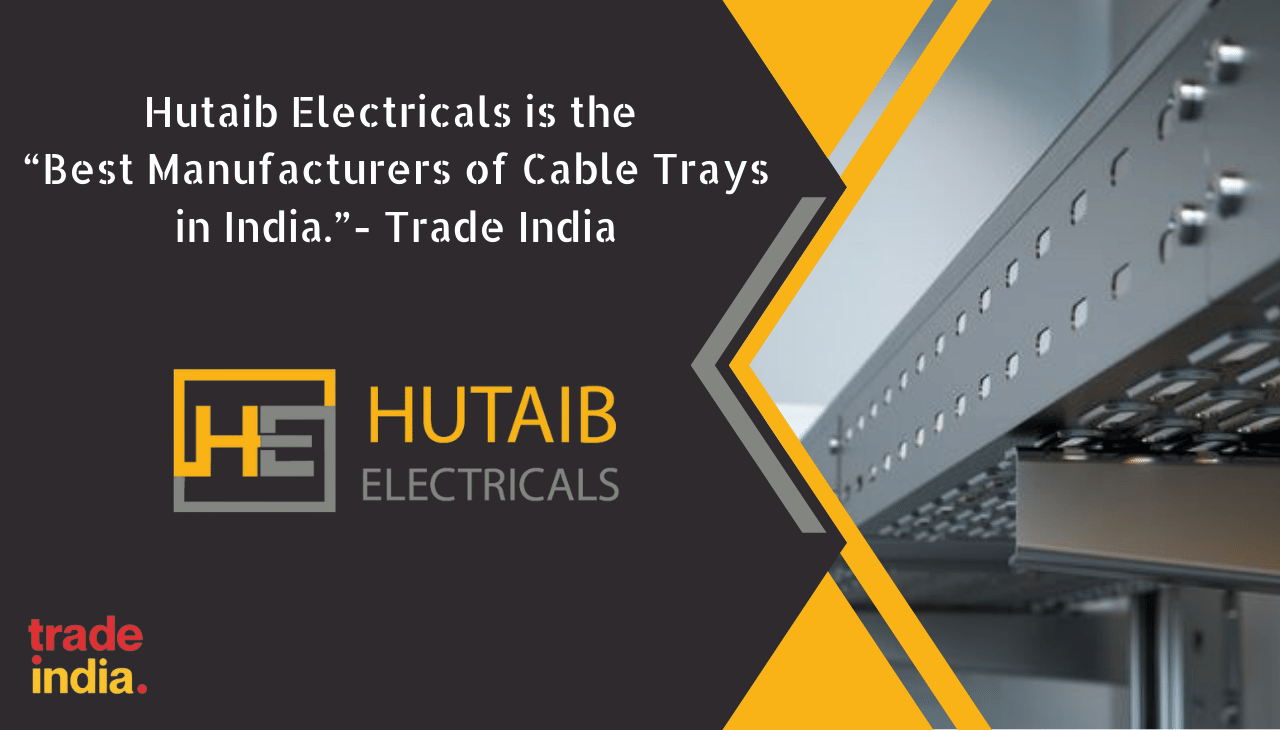 You are all aware that India is a developing nation that is experiencing rapid development and expansion in many different fields. India has undergone many changes in the last ten years, including the launch of numerous programs. India's industry, power, and public infrastructure sectors are all aided by these developments. Since these industries' growth has substantially benefited the cable tray market, which is classified as an auxiliary industry, India now has a growing number of cable tray manufacturers. Additionally, the cable tray market is being driven forward by a considerable emphasis on enhancing network connectivity and developing communication and automation technologies. In commercial and industrial settings, the items are a well-liked substitute for cable management solutions that use exposed electrical conduit. It is advantageous to anticipate changes to a wiring system so that new wires can be put in the tray rather than dragged through a pipe. Numerous studies predict that India would play a significant part in the worldwide cable tray market's 3.24 billion USD growth between 2019 and 2023. This market is segmented by material, application, type, finishing, and geography, with each sort having its own sub-segment. It may be difficult to select the best and most knowledgeable provider to work with.

In the blog, Hutaib Electricals was recognized as one of the most well-known brands in the industry. Hutaib Electricals was founded in 2001 and manufactures exports, and supplies a wide range of electrical cable trays globally. The company specializes in producing and exporting wire mesh junction boxes, raceways,

, industrial fabrications, removable cable trays, cable trays, and basket trays, as well as their accessories such as tees, cross, elbows, bends, reducers, and more. The headquarters of Hutaib Electricals is located in the renowned industrial district of Burhani in Pune.

Insulated electrical wires used for power distribution, control, and communication are supported by a cable tray system in building electrical wiring. In commercial and industrial construction, cable trays are frequently used for cable management as an alternative to open wiring or electrical conduit systems. Since new wires can be installed by placing them in the tray rather than pulling them through a pipe, they are especially helpful in instances when changes to a wiring system are planned.

A unit, an assembly of units or sections, and related fittings make up a rigid structural system known as a cable tray that is used to support and fasten cables and raceways. We are the Manufacturer of the Below Cable Trays.

An overview of the Trade India Blog

were on that list. The cable tray's primary function is to protect and secure the cable and wire. These trays keep wires organized and make it simpler for maintenance personnel to monitor and find wiring issues. The cable tray lets you follow a wire to its proper location for maintenance purposes. Indian makers of cable trays, therefore, go above and above to produce cable trays that offer the best support. As a result, the Indian government is making significant efforts to support the sector's expansion.


We are Cable Tray Manufacturer & Supplier in Pune Mumbai & India.>