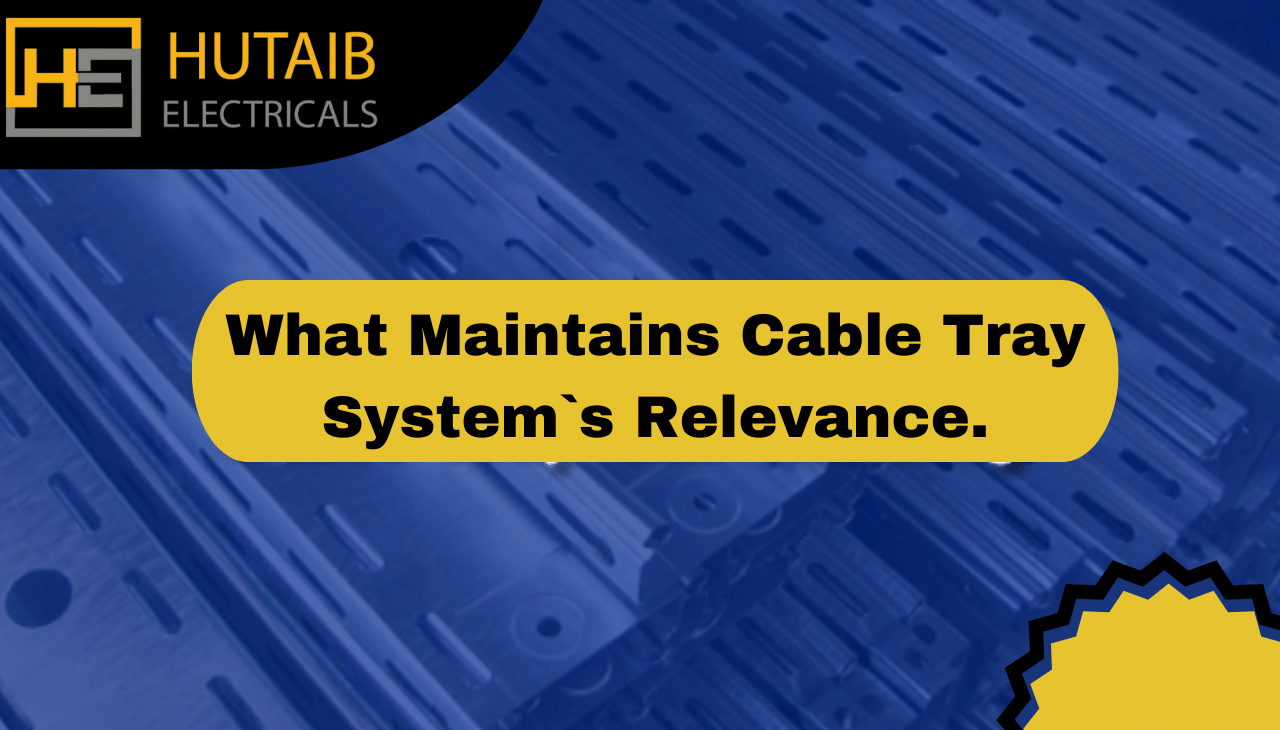 A cable tray is a crucial component to include in any wire setup. You may efficiently organize, support, and move your cables by installing a cable tray.
When cable trays were invented by our civilization, wiring systems finally became convenient. No, that is not an exaggeration, as anyone who has dealt with tangled wires would attest to. Industries are utilizing cable trays for their setups in swarms, whether it is for fire prevention or an efficient and orderly wire management method.
There is a good reason why the cable tray business is expanding in scope and acceptance. There are several compelling reasons to think about installing a cable tray and in this blog we are going to show you the reasons behind the growing market of cable trays.

Varieties of Cable Trays :
Manufacturers of cable trays are aware of the market's potential. There is a variety of cable tray sizes and types available to completely meet the needs of the customers.

Versatility :
Any reputable manufacturer of cable trays will work with the three material types of steel, aluminum, and stainless steel. This provides flexibility coupled with the choice of galvanized varieties. One can select the type and amount of material required depending on the project's purpose and location. Additionally, cable trays can be made to accommodate single stretches as well as bends and elbows for both short and large spans. Today's producers additionally cover cable trays with chemicals that are fireproof, increasing their safety. To choose the best course of action, take into account the fire rating. Nevertheless, despite fireproof coating, it is best to stay away from fiberglass because it burns more readily than metal.

are a desirable choice for several reasons beyond their selection and customizability. Additionally, they take less time to install and organize. Additionally, the wiring system is more adaptable and accessible.

so every business can keep their wires neat and clean and save extra spending of money and time.

Market of Cable Tray :
The need for cable trays has been boosted by another development. Pre-engineered buildings have replaced the traditional concrete constructions used for industrial facilities. Cable trays are taking the place of the previous wiring system's conduits in this manner. The calculations and measurements made possible by this wiring arrangement are extremely accurate. As a result, the estimations and expenses are accurate. Transparency Market Research predicts that North America, which has the world's largest construction industry, would dominate the worldwide cable trays market by 2026. The other notable regions are those of Europe and Asia. New markets are opening up as a result of accelerated infrastructure development in both the public and private sectors and increased construction activity in developing nations. The pandemic-related recent transfer of industry from China to India has increased demand for cable trays in the Indian subcontinent.

that supplies high quality cable trays all over pune at reasonable prices and benefits the businesses to manage their cable in a proper way.

Future fo Cable Trays :
The business sector will continue to dominate the cable trays market share through 2023. Today's main drivers are the growing use of communication and automation technologies as well as expenditures in data centers. The station systems in the rapidly growing telecom industry, which is now transitioning to 5G, will significantly rely on cable tray systems. These elements will have an impact on the growth of the cable tray industry, which is currently expanding at a CAGR of 9%. It appears that cable trays have a brighter future ahead of them.

Cable Trays helps to design and manage the large and complex wiring operation for various types of industrial structures. It also plays a vital role to protect the cable tray from being damaged because of untidiness and keep the cable neat and clean, so you can remove damaged caves easily in future.
Hutaib Electricals is the leading

, Basket cable tray supplier and other cable trays in India. You can buy cable trays according to your business needs from us at affordable prices.

Checkout our website to know more about our products.